Available in various shapes and sizes

Fragments of trunks and branches from various tree species. Their common feature is resistance to water. They work great especially in larger aquariums, where you can use really impressive fragments. They are heavy and usually drown immediately. In general, they strongly color water. In the initial period after the reservoir was founded, numerous water substitutions and intensive filtration using often exchanged activated carbon are necessary. Mangrove roots are available in several sizes and various shapes. 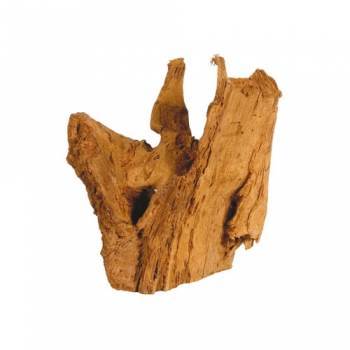 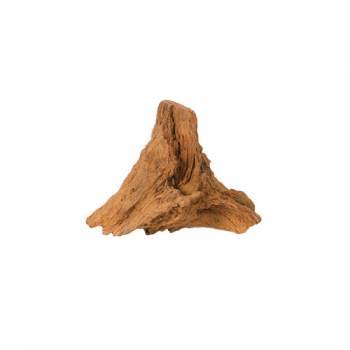 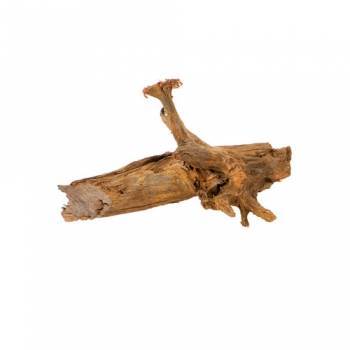 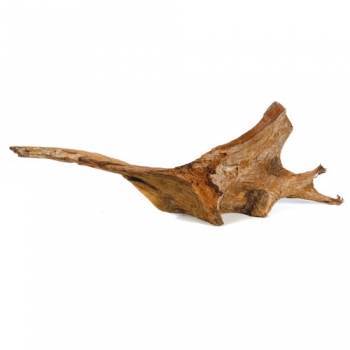 Twisted pieces of wood imported from different parts of the world. A typical piece of driftwood consists of an irregularly shaped, knobby trunk with a large number of twisted and forked branches. Dry driftwood is light-coloured, yellowish to beige. However, when immersed in water, it will quickly change its colour to rich brown. Driftwood is available in various sizes. Before driftwood is placed into the tank, it should be soaked in water for several weeks, since otherwise it will float on the surface. Alternatively, you can make driftwood stay at the bottom by burdening its base with stones. For a period of time after driftwood has been placed into the tank, an ugly jellylike coating may appear on its surface. This is a normal phenomenon that will eventually pass on its own. However, the coating can also be manually removed e.g. by suction with a hose during water changes or by scraping it off with a soft toothbrush. In addition, the coating is readily eaten by the Japanese shrimp (Caridina multidentata) and by small catfish of the genus Otocinclus, so you should consider using them to populate your aquarium. Common driftwood can turn the colour of the water to pale brown, although it is less troublesome in this respect than e.g. mangrove driftwood. In order to eliminate discolouration, you should change the water often and employ an activated-carbon cartridge in the aquarium filter.

Pieces of trunks and branches off varies species of mangrove trees. Their common feature is water-resistance. Mangrove driftwood looks magnificent in relatively large aquariums with enough room for large pieces. As a rule, mangrove driftwood is heavy and sinks immediately to the bottom of the tank. Mangrove driftwood tends to stain the water rather strongly. For this reason, initially you will need to change the water very often. In addition, one should use for activated-carbon filter media for water filtration. The filter media must be replaced frequently until the staining subsides.

Mangrove driftwood is available in several sizes and various shapes.

More about the product 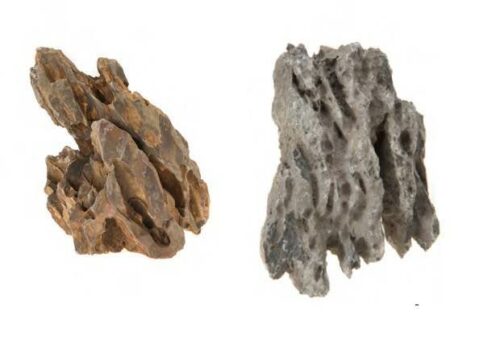 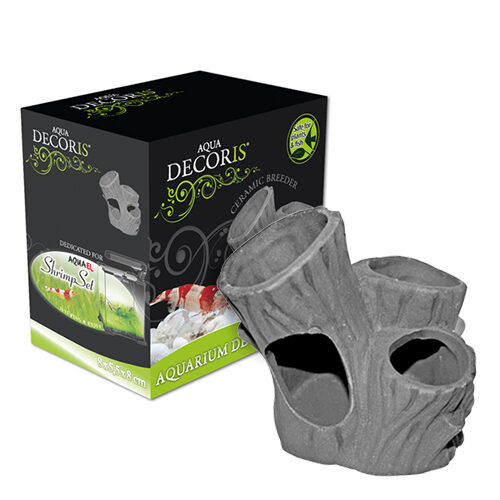 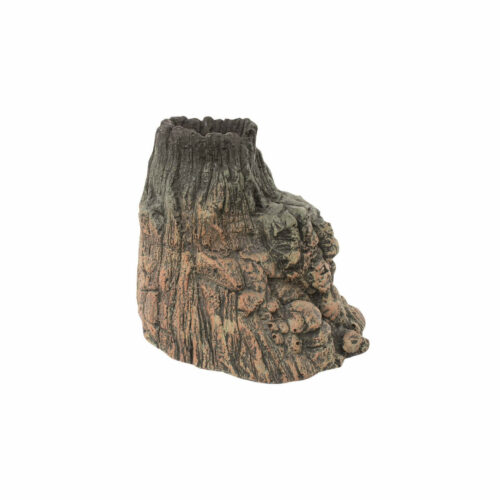 VOLCANOES Original decoration for the aquarium 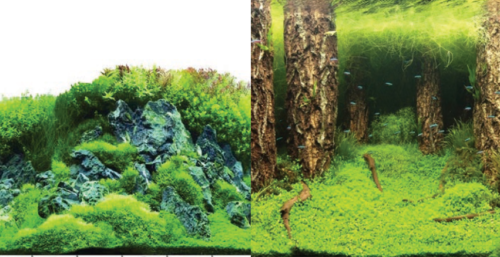 The product has been added for comparison

You have reached the product limit

Check where you can buy